Moon Flight ~ The Truth is Out There... 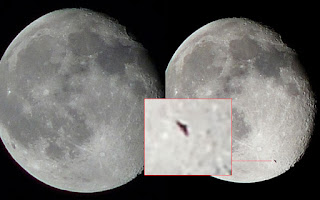