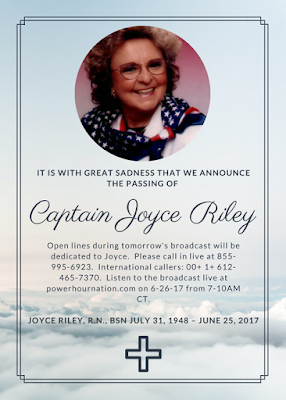 Tuesday late morning yowls, darling and most daring KitKats ... the Kougar has been over-busy as usual, and deeply upset over the passing of Joyce Riley, an incredible beloved woman, who has stood and stood and stood for TRUTH, for real justice...stood for the veterans of this country as few have. Joyce had a heart as big as the Earth, and this Big Cat loved her, and loved listening to her radio show, The Power Hour.

Yes, the Kougar has other info-news to post with her fanged commentary...it's building up. However, she absolutely couldn't resist posting this brilliant gotcha revelation by the intrepid James O'Keefe...what an amazing man! Him and his team.


President Donald Trump must now consider revoking CNN’s White House press credentials after a new video released by Project Veritas revealed that the network pushes Trump-Russia hysteria despite knowing the whole story is “mostly bullshit”.
CNN senior producer John Bonifield was asked about the network’s breathless coverage of the Russia investigation and allegations that Trump colluded with Moscow to influence the election.
“Could be bullshit,” Bonifield responded. “I mean, it’s mostly bullshit right now.”
In other words, a senior producer at CNN was caught on tape admitting that the network deliberately pushes fake news about Donald Trump.
“I think the president is probably right to say, like, look you are witch hunting me. You have no smoking gun. You have no real proof,” Bonifield went on to say.
He then admitted that CNN pushes the fake news Trump-Russia collusion story to get viewers.
Asked, “Why is CNN constantly like Russia this, Russia that?,” Bonifield responds, “Because it’s ratings. … Our ratings are incredible right now.”
Three CNN journalists were also just forced to resign after the network apologized for pushing another fake news story about Trump advisor Anthony Scaramucci being linked to a Russian investment fund.
Any other news outlet that admitted it created fake news simply to make money and attract eyeballs would be savaged by the rest of the media, put on a blacklist and wouldn’t get anywhere near the White House.
Why should CNN, an organization that employs activists posing as impartial reporters like Jim Acosta, be treated any differently?
Trump must now seriously look at revoking CNN’s access to the White House.
Fake news is dangerous to democracy. Fake news should not be tolerated.
SUBSCRIBE on YouTube:
Follow on Twitter: Follow @PrisonPlanet
Facebook: https://www.facebook.com/paul.j.watson.71
*********************
Paul Joseph Watson is the editor at large of Infowars.com and Prison Planet.com.