Freedom and Prosperity *OR* Boots Stomping On Humanity's Face Forever 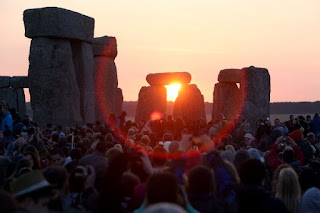 BELATED HAPPY SUMMER SOLSTICE, Kittens All ... So, it's a heavy message the Kougar will be yowling today ... Our beloved country is on the brink of open civil war ... what those of us who remain sane DO NOT WANT!!! ... however, Soros's global army of Bolshevik-zombie trash will be coming out of the proverbial woodwork AS NEVER BEFORE in these United States of America ... One very big clue beyond all the obvious violent *antifa* shenanigans happening now ... well, President Trump, at his Iowa rally, asked for a moment of silence for Congressman Scalise, to help his healing -- THANK GOODNESS, SCALISE HAS BEEN UPGRADED TO STABLE -- so, what happened? Protesters blew whistles and booed... can you imagine? Even if you don't like someone and/or don't agree with the person, unless an individual is a killer psychopath/sociopath ... how deep down incompassionate is it NOT TO WANT THEM TO HEAL FROM A TERRIBLE, HIGH-POWERED SHOTGUN WOUND???!!! Who are these people? Really, they aren't people with a good-working soul... question: do we want to be 'ruled' by the likes of them BECAUSE that's their fascist-communist goal ... really, ultimately, it comes down to being a cowardly bully who doesn't feel in control unless they're lording it over others, and bullying them into compliance. You know the type. We all do. Yeah...*snark* this Big Cat is so ready to turn her life over to these bully-morons.

Freedom and Prosperity *OR* Boots Stomping On Humanity's Face Forever ... that is the choice we All face at this spinpoint in history.

The Kougar is not a big fan of Sean Hannity. HOWEVER, he has bravely stepped up to the plate and talked about the *very real* soft coup against President Trump, the duly elected president of these united states of America ... In his opening monologue Mr. Hannity laid it out in a language most Americans [with brain cells left] can understand, and hopefully will understand. BECAUSE THIS ISN'T A GAME. The Demon-crats, the RHINOS, and their evil globalist handlers WANT TO RID THEMSELVES OF OUR PRESIDENT TRUMP USING ANY MEANS POSSIBLE, ANY MEANS NECESSARY. Why? Because he actually cares about humanity and wants prosperity and freedom for ALL.

COLONEL SHAFFER ALSO POWERFULLY STATED THE TRUTH ABOUT THE PUSH FOR CIVIL WAR--- JUST AS HE SPOKE THE TRUTH WHEN HE EXPOSED THAT THE ISIS JIHADIS ARE BEING FUNDED BY OBOZO, KILLERY, SOROS, AND OTHERS OF THEIR ILK.


Okay, THERE IS JUST WAY TOO MUCH HAPPENING ON OUR BELOVED EARTH TO COVER ANY KIND OF WATERFRONT ... As far as Sean David Morton, the Kougar does not know the latest... yesterday, during Sean's Strange Universe radio show, the owner of the online radio station ~freedomslips.com~ Mike Ringly, said he received a text message that morning from Sean, who was asking if Mike had fired him... that was it -- assuming the text was actually from Sean.

REALLY, MR PRESIDENT, IT IS TIME TO STOP THE COMPLETE IDIOCY AND CHANGE THE STATUS OF MARIJUANA AND HEMP TO A POSITIVE FOOTING ... NOT TO MENTION THIS WOULD SUPER-BOOST THE ECONOMY!!!


Trump insider and Infowars contributor Roger Stone has created a lobbying group called The United States Cannabis Coalition (USCC) that hopes to convince President Trump to legalize marijuana nationwide.
The group’s goal as a non-profit is to “lobby the Trump administration from the top on down and mobilize millions of pro-cannabis voters to tell the President to keep his word.”
Former Minnesota Governor Jesse Ventura has also joined the group, along with many other Republican, Democrat and third-party political strategists. Ventura published a book titled “The Marijuana Manifesto”in 2016 and has been a marijuana advocate for decades.
Facing an uphill battle with anti-marijuana Attorney General Jeff Sessions, who famously pronounced, “Good people don’t smoke marijuana,” Stone said Sessions needs to “Cut the shit.” Stone has previously discussed his concern with Sessions’ stance on marijuana, but says he supports him overall.
Justin Strekal, the political director of the National Organization for the Reform of Marijuana Laws (NORML), said, “We’re happy to have another voice join the chorus. It’s my understanding that Mr. Stone has some sort of relationship with the president, and how he’ll be able to translate that into any meaningful change, I’m interested to see how that develops.”
Stone is in a good position to make real change considering his experience in lobbying, political consulting and his personal relationship with Donald Trump. He also has his own strain of pot named “Tricky Dick” after Richard Nixon.


RAND PAUL ON THE RISE, YOU TELL 'EM ... THE ONLY PROBLEM IS THAT THE JIHADI ARMY BUILT BY THE NEW WORLD ORDER CRIMINALS, MUST BE STOPPED.

"Are we going to defeat an ideology by killing people?"

Senator Rand Paul once again proved that he is a Constitutionalist and a principled non-interventionist by reminding the Senate of his staunch opposition to the US being illegally engaged in war for the best part of two decades.
Paul was speaking at a Senate Foreign Relations Committee hearing Tuesday, arranged to review congressional authorizations for the use of military force, when he made the argument against military engagement in Syria without Congressional approval.
Paul made specific reference to The War Powers Act, which as he noted has been abused by the government to wage war in the Middle East and beyond.
“Madison wrote that the executive branch is the branch most prone to war; therefore, the Constitution, with studied care, granted that power or vested that power in the legislature.” the Senator noted.
“In no way did they argue that Article II was unlimited authority to commence, initiate or engage in war, at all. In fact, most of the founding fathers would disagree with you on saying that Article II gives the president power to commence in war. To defend the country under imminent attack, to execute the war once the war is initiated — the initiation of war is congressional duty, not — not the president’s at all.” Paul continued.
“There’s nothing in the War Powers Act about unauthorized war, because we’re not supposed to be doing it… There’s supposed to be no war without an AUMF. We have been illegally at war for a long time now. This is illegal war, at this point,” Paul urged.
The Senator further argued that proposed Senate reforms fail to address this problem, and will not stop the military industrial complex from continuing on a path toward world war three.
“Are we going to limit the president’s power? Are we going to take back our powe?” Paul asked.
The Senator also addressed a proposed sunset clause, a move that has been used time and again to stretch out the Authorization of Use of Military Force signed by George W. Bush in 2001, essentially an open-ended mandate for war.
“I think a five-year sunset, is–you know, and I don’t mean to be mean, but–is essentially nothing. I mean, we’ve had millions of people die in five-year wars before, so I think it’s — it’s virtually meaningless,” Paul said.
“The document, as Senator Cardin said, was very, very specific to 9/11,” Paul said. “And we’ve had people just saying, “you can do anything you want” now for 15 years… The practical question is, is doing anything you want, killing every perceived enemy and every perceived leader or chieftain of five people in some misbegotten village, is it helping?”
“I’m not going to vote to go to war in 50 or 60 countries,” he added, saying he rejects the proposed legislation.
“I was all for going after the people after 9/11, I would have voted for that, but I don’t think that war in Yemen is necessarily helping us.”The Senator exclaimed.
Paul concluded by warning that a continued policy of endless war will lead to more conflict and the ultimate destruction of the Republic.
“For a hundred years, they’ll be talking about the time the Americans came and killed the people and killed our women and children. For a hundred years, they’re going to be talking about the Saudis dropping bombs on a funeral procession. That does not go away. These people remember the battle of Karbala in 680 A.D. They have long memories,” Paul said.
“They’re just going to be there and they will wait us out. But we’re not going to defeat terrorism by having war in 60 some odd countries and dropping drones on everybody that we think in a village is of a radical ideology. We have to defend ourselves but we should be much more specific than this.” Paul urged.