...lulling the enemy into complacency... 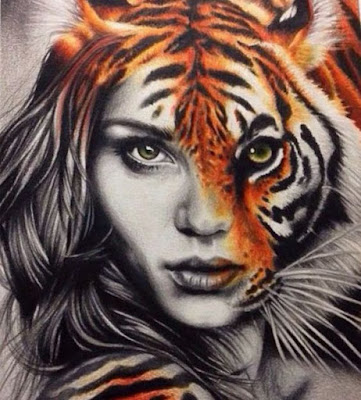 An hour after midnight yowls and roars, most adored and amazing KitKats ... what a day! just too difficult for this Big Cat to deal with, all the huge problems that arise these days ... although, things have calmed down now, and things have been taken care of, for now ... so, lots of brouhaha brewing everywhere on our planet ... bigtime brewing ... so, many have their proverbial panties in a huge ole wad over President Trump signing the omnibus bill ... okay, understandable ... HOWEVER, the Kougar feels no distress... why? ... nuggets of pure gold will come out of this held-hostage, yet strategic move ... okay, this is how this Big Cat views this situation ... number one: WE THE PEOPLE need the protection of the military from the deepstate globalists, hence taking care of our protectors ... as the Kougar commented:

@Kougarfang
Replying to @TheMarkPantano
No, this is called lulling the enemy into complacency, then destroying them with their own foolishness. Don't you get it? WE THE PEOPLE need the military to protect us, be on our side AGAINST THE SWAMP BEASTS.

Also, as some pointed out, the omnibus bill is under the direction of the President, which means he has actual control of HOW the money is spent ... he can delay monies to say planned parenthood ... FURTHER, Trump put the huge ole SPOTLIGHT on the demoncraps and on the RINOS ... get these traitor-creepazoids out of office... get those candidates in who actually care about us, care about America First.

Ohgosh, the Kougar just lost her train of thought... she's tired and needs to go to bed...

OKAY yeah, this Big Cat wishes NO ONE would pay fed taxes ... after all, it all goes to the Federal Reserve, a private bank ripping us all off with non-payable and illegal debt ... this is just a rape and pillage and plunder *bankster gangster* scam to control, then kill off America with a stupid fiat currency.


NO KIDDING!!! WILL MUELLER BE ONE MORE VICTIM OF THE CLINTONISTA CRIME SYNDICATE ?


SUPER FLASHPOINTS TO DIVIDE AND CONQUER


LIKELY A MESSAGE TO PRESIDENT TRUMP ... WE CAN NUKE A CITY...


ANOTHER DEVOUT MUSLIM ATTACK ... SHARIA LAW MUSLIMS MUST BE DEPORTED, AND DEPORTED NOW!

‘This explicitly comes for your guns,’ says congressman

Infowars.com - MARCH 21, 2018
Oregon has submitted a proposal to ban assault weapons and high capacity magazines in a ballot initiative petition meant to prevent mass shootings.
The proposal, called Initiative Petition 42, would require legal gun owners “to surrender or register their assault weapons or face felony charges.”
“The proposal defines an assault weapon as any semiautomatic rifle that has the capacity to accept a detachable magazine, and any feature like folding or telescoping stock, or that can accept more than 10 rounds of ammunition,” reported KGW News.
The initiative petition states that “a reduction in the availability of assault weapons and large capacity ammunition magazines will promote the public health and safety of the residents of this state.”
The proposal would require citizens in legal possession of an “assault weapon to sell, surrender or remove the weapon from the state, or render it inoperable, within 120 days of passage.”
Gun owners are rightly concerned because the language of this bill classifies a huge percentage of firearms as “assault weapons,” and any violation of the proposal would be considered a Class B felony.
“This is completely out of hand — I couldn’t believe it,” Rep. Bill Post (R-OR), told the Statesman Journal Tuesday night.
“I’ve been told so many times by people in favor of gun control: ‘no one is coming to take your guns.’ This explicitly comes for your guns.”


KEEP TELLIN' YA, FACEBOOK HAS NEVER BEEN YOUR FRIEND ... IT IS 1984 SURVEILLANCE, ONE OF MANY TENTACLES


WOW, HOW IS THIS ANY SURPRISE? THE *INTERNET BILL OF RIGHTS* SUPPRESSED BY EVIL GO-OGLE

TOMMY ROBINSON ... YOU ARE BEING REPLACED

WAS THIS ANOTHER ATTEMPTED CLINTONISTA HIT???

A former Marine, who claims to have worked as a special agent with the Department of Energy, has been charged with shooting and running over Republican lobbyist Jack Burkman, who conducted a controversial investigation of former DNC staffer Seth Rich’s murder.
Kevin Doherty, 46, was charged Monday with Use of a Firearm in the Commission of a Felony and two counts of Malicious Wounding, according to a press release from the Arlington, Va, Co. police department.
The Washington Post provided more details about the attack, which was the second to befall Burkman over the past several months. An unidentified assailant attacked Burkman with pepper spray at his home in January.
Burkman was shot and run over March 13 at a Rosslyn Marriott hotel’s parking garage. Burkman was there to retrieve what he thought were documents from an FBI whistleblower.
Read more

SEX TRAFFICKING, THE FOSTER CARE SYSTEM ... WHAT AN EVIL HORROR PERPETRATED ON AMERICA'S CHILDREN ... TRUST NO ONE IN THE SYSTEM

THIS SHOULD NEVER HAVE HAPPENED ... HOPEFULLY THIS MURDERER WILL BE PUT AWAY FOR A VERY LONG TIME

YEAH, OF COURSE, SOROS AND OTHER LEFTIE-COMMIES

THE BIG BAD BEAST SYSTEM OUT OF EFFING CONTROL

THE POWER OF THE HUMAN VOICE IS BEYOND KNOWING AT THIS POINT ... YET WILL BE REVEALED AS THE AQUARIAN AGE UNFOLDS

Raw Power of Words;With our voices we can praise God, transform the thoughts of others, shatter a glass, inspire people, induce healing, and escape the realities of this world by listening to melodious
OKAY, WHO WOULD HAVE THOUGHT THAT THIS WOULD BE ACTUALLY VOICED ... MAY IT BE SO... SOON!

LIKE THAT HASN'T ALREADY BEEN DEVELOPED AND IS BEING USED NOW

CANADA IS BEING RUINED BY TRUDEAU AS OBUMMER RUINED OUR COUNTRY FOR EIGHT EFFING YEARS!!!

YEAH, COMMUNISM JUST WORKS REAL WELL FOR THE HUMAN FAMILY ... NOT!!!
BRING IN THE WHITE FARMERS, THROW OUT THE SHARIA-LAW MUSLIMS
AT LEAST, WE KNOW WHO THE TECHNOCRAT ENEMY OF THE HUMAN RACE IS...
Posted by Savanna Kougar at 2:07:00 AM