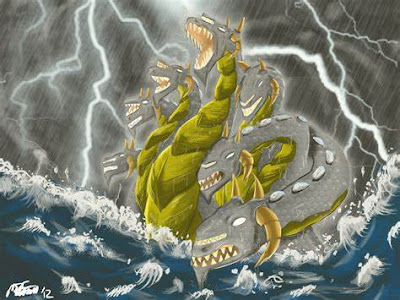 Thursday roars and yowls, most beloved and beauteous KitKats ... yes, the Kougar is claw-striking upset, fang-ripping angry ... it happened again... WEATHER WARFARE against the state of Missouri ... why? you might intelligently ask... REAL DAMN SIMPLE ... Joplin, Missouri was Ron Paul country ... in fact, large portions of the Missouri population supported RON PAUL for president, supported HIS tea party [not what it is now]. In fact, most of Missourians wanted real 1776 freedom. They wanted what Ron Paul stood for. Only the stupid major cities of St. Louis and Kansas City...only the demonrat corrupt politicians, etc. were against Ron Paul. During the primary elections, this Big Cat personally watched the vote NUMBERS change, right before her very eyes -- that is, when she still watched TV. Ron Paul was coming in at 40%, winning the primary. Then, oh oops! a commercial... on return, the NUMBERS had 'magically' changed to .04% ... yeah, that said it all... huh... SNARLS!!!

So, how does that play into today's horrendous TORNADO WEATHER ATTACK on Jefferson City, the capital of Missouri... one man's name: Josh Hawley, the new Missouri Senator, who is already making big ole waves in favor of WE THE PEOPLE.

Not to mention that Missouri just passed a bill that NULLIFIES any federal law that would upend/change/stop the second amendment. Federal officials are not allowed to take the guns away from any MISSOURIAN... Thus, there you have it. The WHY of this TORNADO ATTACK on Jefferson City.

On a further note: with the demonrats attempting to eliminate the electoral college which would turn FLY OVER COUNTRY into mere vassal states of NewYorkCity, of LosAngeles, of Chicago--with no say in governing the country at all...hey, this is another diabolical reason for the WEATHER WAR FLOODING, AND THE THIS TERRIBLE TORNADO THAT VICIOUSLY STRUCK JEFFERSON CITY.

THE DEMONRATS MUST BE ERADICATED... AND SO IT IS, BY THE WILL OF THE DIVINE...


The 2011 Joplin tornado was a catastrophic EF5-rated multiple-vortextornado that struck Joplin, Missouri, late in the afternoon of Sunday, May 22, 2011. It was part of a larger late-May tornado outbreak and reached a maximum width of nearly 1 mile (1.6 km) during its path through the southern part of the city.

https://www.dailywire.com/news/47562/watch-josh-hawley-grills-judicial-nominee-over...
23 hours ago · Freshman Sen. Josh Hawley (R-MO), a rising star in the Republican Party with a sterling legal resume including a prestigious Supreme Court clerkship, has once again gone where seemingly none of his fellow Senate Judiciary Committee conservatives will go: Staking out a principled, intensive, substantive vetting of a Trump administration judicial ... 
OH MY FREAKING GAWD!!! WAKE UP, MY VIKING KINDRED, TAKE BACK YOUR LANDS NOW!!! 
The Big Tech giants have a bounty out for Alex Jones and company.
Merely uttering his name or sharing content from Infowars can land someone in the internet hoosegow.
Yet the “dangerous” individual persists on various platforms, outsmarting the algorithms and proving ideas can’t be killed.
New artwork from Mike Sanders depicts how outlaw Alex is tuckered out from numerous dust-ups, but has still managed to evade the tech posse, despite being a major target of the left.
https://www.infowars.com/amazing-art-outlaw-alex-jones-wanted-by-sheriff-mark-cuckerberg/
OKAY, THE KOUGAR LAUGHS HEARTILY AT CHEESY-HUMOR B MOVIES, MANY OF THEM ANYWAY -- WHEN SHE HAD TIME TO WATCH... THIS SILLY-SPOOF TRAILER IS DEEPLY OFFENSIVE TO SOME ... HOWEVER, THIS BIG CAT ADMITS SHE FOUND IT SO BAD, AND SO DELICIOUSLY CHEESY, SHE HAD A REAL GOOD LAUGH -- ESPECIALLY WHEN THEY ENDED UP AT AREA 51...

EUROPEANS FIGHT FOR THEIR VERY SURVIVAL...

Jon Bowne Reports
Published on May 20, 2019
While a do nothing Congress continues to kick the can around on healthcare. It’s obvious that pharmaceutical lobbyists have rigged the game. And there is little Congress is willing to do about it other than continue to take their cut. Fortunately the Trump Administration has begun doing something about the chaos. President Donald Trump declared the opioid crisis a "national emergency" the same day Fentanyl Spray pusher John Kapoor, the founder of Insys Therapeutics was arrested. The irony is. The real synthetic drug pushers legally continue their open secret via a bought and paid for US Congress. A whopping 28 and a half million to Democrats and Republican candidates in 2018 alone. Meanwhile Congress slides down the slippery slope towards more gun control legislation. Although according to the Crime Prevention Research Center, 97.8 percent of public shootings occur in “gun-free zones”. A growing statistic that is fueled by the pharmaceutical industry and its unyielding experimentation upon disassociated American minds.