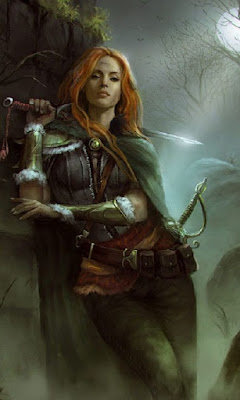 *Laughing and shaking her head* on the inside, alright ... censorship-landia roars and yowls, Beautiful Big Cats All! ... a highschool and college slut of the highest order, that's who is accusing Judge Kavanaugh ... don't get this Big Cat wrong, she's not a Kavanaugh fan and DOES NOT LIKE HIS PAST TIES TO THE BUSH CRIME FAMILY -- although, to be fair, he could turn out to be a good supreme court judge -- and, according to many is basically a good-guy boy scout type ... then opposing him, the SLUT [and the Kougar does not use that label lightly, in this case] ... to continue, mygawd! Little Chrissy's social media platforms were scrubbed before the infamous letter of accusation against Kavanaugh ... and even if he fell on her for a few moments on a bed while they were drunk, well, big effing deal -- what the freaking hell do you expect? [and this is why this Big Cat did not go to these kind of drunk-stupid parties as a teenager] ... okay, now little Chrissy's highschool yearbooks have been BLACKED OUT online ... btw, if you have those yearbooks, you could probably sell them for a fortune now. And the Kougar IS NOT talking Ebay.

Christine Blasey Ford’s high school yearbooks, which are filled with references to drunken promiscuous parties where the attendees were not able to remember what happened, have been scrubbed from the Internet.
The Cult of the First Amendment blog was able to save copies of the yearbooks before they disappeared.
Christine Blasey Ford claims that Judge Brett Kavanaugh “physically and sexually assaulted” her during a party in the early 80’s when she was 15 and Kavanaugh was 17, although two other people Ford claims were present when the assault happened have denied that it ever happened.
Ford’s yearbooks, which cover her sophomore, junior and senior years, the exact time frame when she claims the assault happened, portray a debauched environment of constant binge drinking and partying.

“Lastly one cannot fail to mention the climax of the junior social scene, the party,” reads one passage. “Striving to extend our educational experience beyond the confines of the classroom, we played such intellectually stimulating games as Quarters, Mexican Dice and everyone’s favorite, Pass-Out, which usually resulted from the aforementioned two.”
Another passage emphasizes how “loss of consciousness” at such parties meant that attendees only retained hazy memories of them.
“And there were always parties to celebrate any occasion,” reads one passage. “Although these parties are no doubt unforgettable, they are only a memory lapse for most, since loss of consciousness is often an integral part of the party scene.”

Another entry describes the rampant promiscuity that took place during Ford’s time at Holton-Arms, including one description of how, “Ann [redacted last name] and friends picked up some men who passed out in their apartment…”

The fact that Ford’s high school years were replete with drunken parties which attendees could barely remember is an important detail given her apparent difficulty to remember specifics about the time when Kavanaugh allegedly assaulted her.
The yearbooks appear to have been mysteriously scrubbed from the web on Monday September 17.

Something very strange is going on.

Holton-Arms, the exclusive girls school of fraud #ChristineBlaseyFord Blasey (class of '84), has WIPED all their online yearbooks, within the last 24 hours.https://issuu.com/holtonarmsschool/docs/1984_scribe …

NOW, the Kougar has to wonder if *SADLY* Ms. Ford was one more victim of MKULTRA type of sex-operative programming... it appears this type of programming, especially among the rich, is far more rampant than could ever be believed by those of us 'deplorables' or Biden's *dregs of society* -- yeah, check out the latest vid by Kerry Cassidy with a woman super soldier ... it's totally mindbending ... whatever happened to this dear woman, it was very far from pretty or humanely ethical.

I interview Penny LA Shepard who is a super soldier and involved in MKultra.  She talks about her story and investigations to find the truth.


So, the Kougar has never been MORE GRATEFUL not to be rich, not to have grown up in those types of richie social-slut circles. It makes her shiver with disgust and fear. GRATEFUL, GRATEFUL, GRATEFUL -- this Big Cat is so very grateful she wasn't rich enough to be targeted by MKULTRA ... she's also very, very grateful she never had any desire to go to *get drunk* teenager parties. That whole crap-thing was never appealing to this Big Cat, and she never really understood WHY it was such a big-popular deal. Whatever, if that was your thing, then no problem, but then, you pay the price too. A price the Kougar was never willing to pay. Not that she's never been to ANY such get togethers. But that's a story for another day.

BE CAREFUL OUT THERE, MOST DARLING KITTENS, 'cause this Big Cat LOVES YA!