Okay, most darling Big Cats, the Kougar couldn't resist posting these two ON THE TRUTH FRINGE revelations... make your own determination, do your own research, search your own Inner Knowing...


The Quantum-Advanced Tech of the Ancients ... Likely part of what has been left behind in the old refuge area now called Antarctica...

NOTE BY THE KOUGAR: The advanced tech of the ancient, ancient people-beings of Egypt resembles the antiquetech of the Tartary empire, to this Big Cat's eye.


September 8, 2019
Mysterious Alien Race Warned Is Returning To  To Retrieve Their Nazi “Children Of Shame”
By: Sorcha Faal, and as reported to her Western Subscribers
An absolutely mind-bending new Ministry of Defense (MoD) report circulating in the Kremlin today discussing findings determined by System of Forward-looking Military Research and Development (SFLMRD) astrophysicists regarding this past week’s massive geomagnetic storm that struck our planet, states that the place most adversely affected by this event was theNordic country Kingdom of Norway—where following this space blast, its ancient and iconic “Little Man” mountain top collapsed and fell into ruin—while at the same a mysterious disease has begun killing its nation’s dogs—both of which were followed by the global energy giant Exxon suddenly ending its over a century long partnership with Norway and selling off all of its assets there—and whose fears of remaining there accelerated this past April-2019 when “alien lights exploded across the skies of Norway”—an event which NASA said they were to blame for—but that mirrored the “Norwegian Spiral” event in December-2009 that shocked the world, and NASA falsely blamed on Russia—all of which, however, has its truest mystery about centering around the “Lebensborn”—who are the “Children Of Shame” bred by the Nazi Germans who remain today “Norway’s Dark Secret”—and whom Nazi occult writings said would one day be retrieved by their true “Nordic Alien” spacefaring “parents”.  [Note: Some words and/or phrases appearing in quotes in this report are English language approximations of Russian words/phrases having no exact counterpart.] 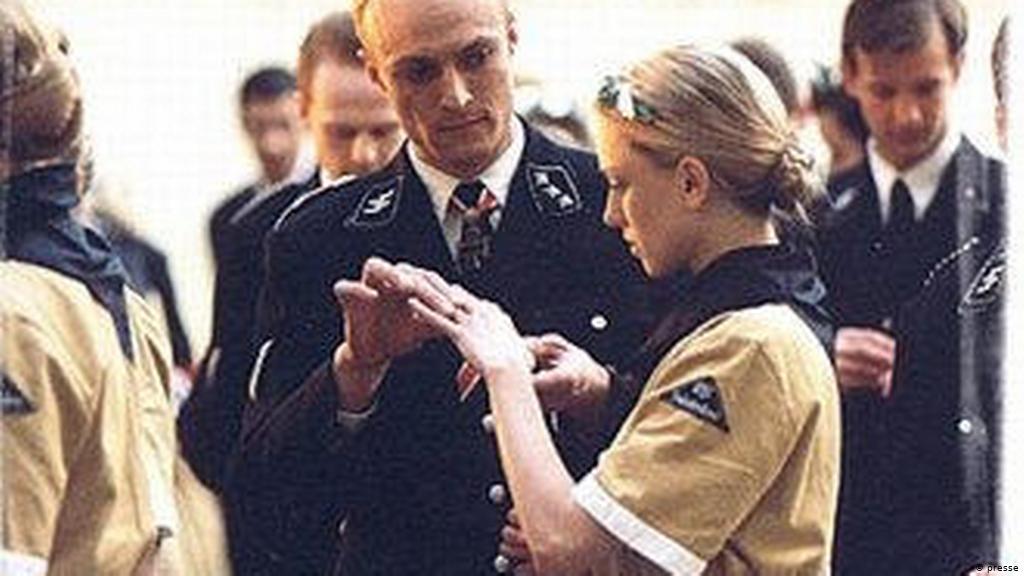 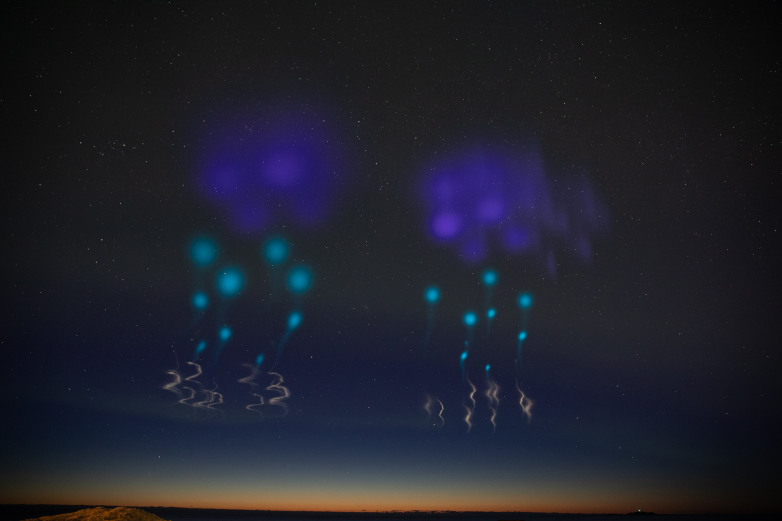 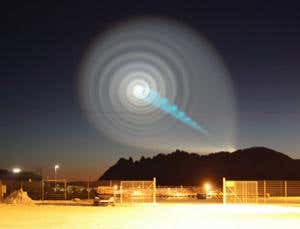 …that was shown to them in December-2009 when a massive spiral (above) was beamed from Earth into the skies of .

According to this report, the greatest deception in history foisted upon the Western peoples by their leaders about World War II was that it was conflict only involving the nations of our world—a provable lie as this global war was, in fact, an extraterrestrial-interdimensional conflict—and by its ending in 1945, saw our planet’s skies being filled with alien spacecraft that military pilots from all nations began calling “Foo Fighters”—a term which since has evolved into these alien crafts being called “unidentified flying objects”—or more simply, UFO’s—which even today the fastest US Navy military jets are unable to keep up with—and explains why top US Congressman Mark Walker reported this past week that the US Navy is now hiding all of its UFO evidence. 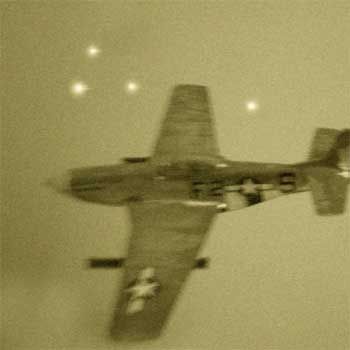 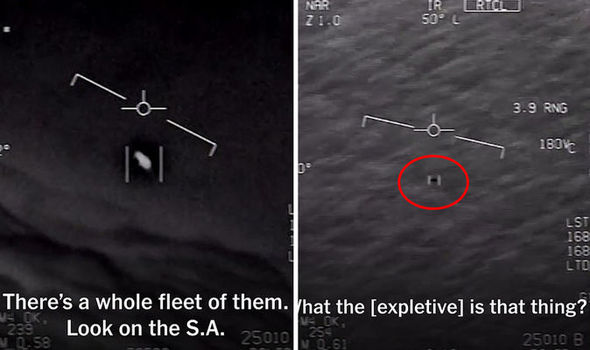 …and continues today with US Navy pilots continuing to capture them on video (above).

Though Western history books continue to falsely claim that the extraterrestrial-interdimensional World War II was begun in 1939 when Nazi Germany invaded Poland, this report continues, the fearful truth is that it was begun in 1912 even before World War I started two years later in 1914—and was when one of the most consequential books in human history was published titled “Welteislehre”—alternatively known as “World Ice Theory”—“World Ice Doctrine”—“Glazial-Kosmogonie”—and “Glacial Cosmogony”—and referred to by one of its most devoted followers Adolph Hitler as simply “WEL”.
Based on a “vision” received by its author Hanns Hörbiger, this report details, the book “Welteislehre” created the entire “mystical occult foundation” on which Nazi Germany was built upon—and some of whose beliefs were:
The white “Aryan” man was not descended from the apes, as were other inferior races, but rather came from “divine sperma” brought to earth by meteors.
These developed into the godlike Supermen of the ancient civilization of Atlantis-Thule which employed parapsychology and mystical electricity “like Thor’s hammer”.
Atlantis was destroyed by “icy moons” crashing into earth, and refugee Supermen established Buddhism and Hinduism in and the Himalayas and Shintoism in .
Jesus Christ was a White “Aryan” of Atlantean descent, as were the Knights Templar and the Cathars, who held the mysteries of ancient  in the Holy Grail.
The white Supermen were locked in a struggle for mastery with the ape-like “Tschandala” or “monstrous humanoids” — Jews, Slavs, blacks and “mongrel breeds”. 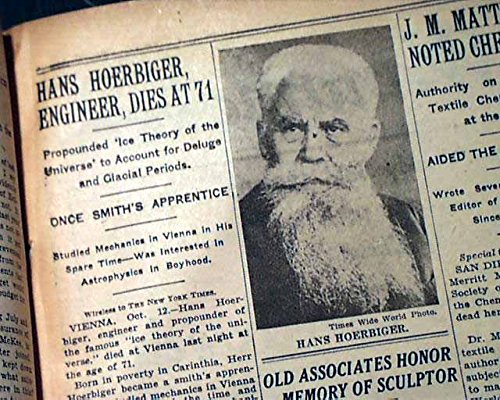 Following the “Welteislehre” declaring that one of our world’s most ancient symbols called the “Swastika” was the symbol used by these “Supermen” hiding in Tibet, this report notes, Nazi German leader Adolph Hitler adopted it as the sole national flag of his nation on 15 September 1935—an action one might think would be bizarre for a Western Northern European nation to do in making its national symbol one rooted in ancient Eastern mysticism—but became understandable in 1938 when elite Nazi German officers and troops penetrated the tallest mountains in the world to enter Tibet—and whose “discoveries” there about these “Supermen” were shared with the Empire of Japan by German Count Karlfried Dürckheim.
Deemed by these Nazi Germans as their nation’s “to be protected at all costs secrets” about what they discovered in Tibet, this report further details, during the closing days of World War II it saw their nation undergoing one of the largest mass suicides ever recorded in human history—with the Nazi occult training town of Demmin-Germany seeing 1,000 of its people committing suicide in just 72-hours—and included hundreds of Tibetan Buddhist monks in Nazi German SS uniforms who committed mass suicide in Berlin—just blocks away fromAdolf Hitler’s bunker where he, too, was reported to have committed suicide. 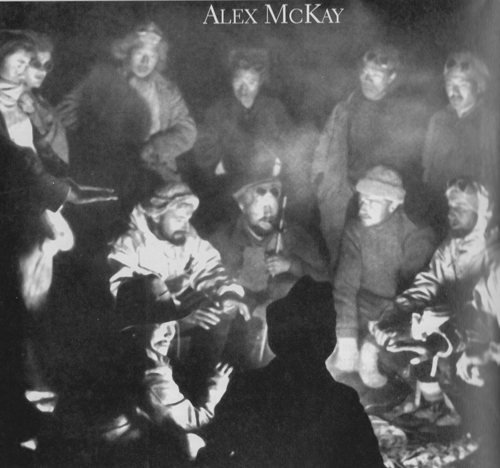 Members of the German SS expedition crossed the  border in December of 1938 and arrived in  approximately one month later.  In this photograph, members of the expedition gather at a makeshift camp during the journey. Inner circle, from left to right: Nazi German occult experts Krause, Wienert, Beger, Geer and Schaefer.

Critical to note about the Nazi German ancient occult discoveries in Tibet, this report continues, were that they were also being frantically sought after by the United States—an effort begun in1934 by President Franklin Roosevelt’s newly appointed Secretary of Agriculture Henry Wallace—who secretly funded with American taxpayer money the exiled Russian “mystic”Nicholas Roerich who began numerous expeditions into Tibet—the true facts of which remain some of the closest guarded secrets the Americans have—but are believed to have failed as after the outbreak of World War II, the mystic Roerich fled to India to live with its spiritual leader Gandhi—near the end of the war saw Roosevelt throwing his then Vice President Wallace off the ticket for re-election—and even more mysteriously, saw Roosevelt declaring war on Nazi Germany—followed by his a few months later creating for himself a secret mountain fortress outside ofWashington D.C. he named “Shangri-La”—which is the name of a fictional Himalayan paradise in Tibet—but today is known as “Camp David”. 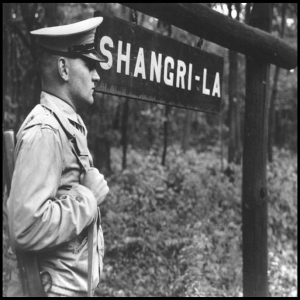 With both Nazi Germany and the United States having followed “Welteislehre” vision book guidance to discover the ancient occult “Superman” secrets hidden in the world’s highest and most mysterious mountains in Tibet, this report concludes, neither of them ever shared these secrets with the Slavic Russian peoples whom they labeled as “monstrous humanoids” along with black and Jewish peoples—a labeling that continues today as evidenced by America’s outright hatred of Russia and its Christian peoples—but all of whom should be watching what happens next inNorway—as its HAARP Facility EISCAT obviously sent the “spiral message” in 2009 to identify a “hidden portal in Earth’s magnetic field”—this past April-2019, saw this “hidden portal” being opened from the “other side”—in 2014 saw it being shockingly revealed that the US has been cooperating with the same Nordic Aliens the Nazis once did—and whose true propose behind is to return to these Nordic Aliens the “Lebensborn” children whom the Nazis bred using the ancient occult knowledge they discovered in Tibet—as well as all of their offspring. 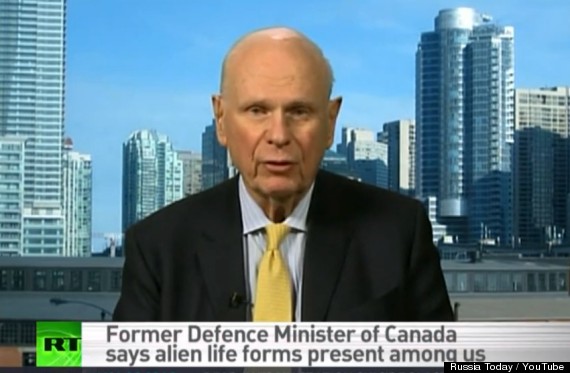 September 8, 2019 © EU and US all rights reserved. Permission to use this report in its entirety is granted under the condition it is linked  to its original source at WhatDoesItMean.Com. Freebase content licensed under CC-BY and GFDL.
Posted by Savanna Kougar at 3:58:00 PM