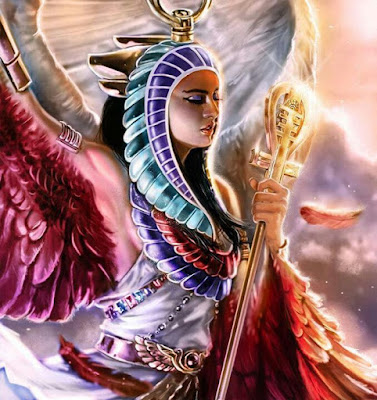 Wednesday Hump Day yowls, roars, and growls, most precious and purrrfect KitKats ... so, within the next few weeks there will be several demonrats jumping ship. Why? They won't be able to stomach the endless and leviathan corruption-criminality, the planned horror-false flags against WE THE AMERICAN PEOPLE... okay, are the RINOS innocent. THAT'S A BIG FAT UGLY NO. However, many are a bit more restrained on their overall corruption. But they're in the WE WANT GLOBAL TYRANNY game. And that is why this Big Cat is calling for, yelling for, screaming for the monstrous-vampiric congress to be ABOLISHED, and RESET. THROW THE LOSER BUMS OUT! The current congress is way past ineptitude. No, this is CONSCIOUS CRIMINALITY AND TREASON by many in congressional positions of power.

WARNING: HUGE NASTY FALSE FLAGS ON THE NEAR HORIZON. WATCH YOUR SIX. AND USE YOUR DIVINELY GIVEN DISCERNMENT... LOVE YA, DARLING KITTENS!


SORRY TO SAY, THIS WILL ONLY GET MUCH WORSE OVER THE NEXT THIRTEEN MONTHS

Swarm of 1,000 quakes hit Southern California -- How nervous should we be?


ANOTHER BODY COUNT VICTIM??? AND GEE, LOTS OF ARTICLES ABOUT THE HILDEBEAST'S INVOLVEMENT WITH PEDOPHILES RINGS... YEAH, NBC NEWS... by Cristina Laila June 19, 2019
Did Hillary Clinton hit the bottle early today?
Hillary Clinton attempted to troll President Trump and InfoWars Wednesday afternoon (probably when she woke up) after Trump’s wildly successful mega rally in Orlando, Florida.
President Trump held his 2020 campaign kick-off rally in Orlando, Florida Tuesday night to a massive, overflow crowd.
The crowd went wild when President Trump ripped into Crooked Hillary Clinton for her countless crimes and obstruction of justice.
“If you want to know how the system is rigged, just compare how they came after us for three years with everything they have versus the free pass they gave to Hillary and her aides after they set up an illegal server, destroyed evidence, deleted and acid-washed 33,000 emails, exposed classified information and turned the State Department into a pay-for-play cash machine!” Trump said.
The crowd broke out into chants of “lock her up! lock her up!”
“33,000 emails! Think of it!” Trump exclaimed.
https://www.thegatewaypundit.com/2019/06/is-hillary-drinking-again-hillary-tries-to-troll-trump-and-infowars-after-trumps-mega-rally-in-orlando-claims-shes-blessed-with-stamina/


OKAY, THIS HAS GOTTEN TO THE UTTERLY, COSMICALLY, SATANICALLY RIDICULOUS. THE TIME HAS COME. THE TRUTH, THE WHOLE TRUTH, AND NOTHING BUT THE TRUTH ABOUT SANDY HOOK IS NOW AND FOREVER REVEALED. IRREVOCABLY REVEALED. AS DECREED BY THE GREAT DIVINE!!!

Due to ongoing litigation, Moon Rock Books Publishing will no longer sell Nobody Died At Sandy Hook: It was a FEMA Drill to Promote Gun Control after June 30, 2019.All remaining copies must be sold by that date, and future copies will not be printed, published, or sold.
https://www.moonrockbooks.com/

jamesfetzer.org/2019/01/the-sandy-hook-pozner-v-fetzer-lawsuit-for-dummies
Jim Fetzer On 27 November 2018, the Minneapolis law firm, Meshbesher and Spence, Ltd., filed a suit against me on behalf of its client, Plaintiff Leonard Pozner, for defamation, and I was properly served on 29 November 2018. Under Wisconsin law, a Defendant has 45 days to submit a response, which would make it imperative that I reply by 11 January 2019, with either an ANSWER or a MOTION TO ...

DOES ANYONE SEE-WITNESS ALEX JONES' NAME ANYWHERE ON THIS BOOK COVER???

WHAT A STUPID-TOID *FAKE NEWS* ATTACK!!!! YEAH BAD, BAD, BAD ALEX JONES DID NOT WRITE NOR CONTRIBUTE IN ANY WAY TO THE BOOK: ***NOBODY DIED AT SANDY HOOK***

Jones DID NOT author ‘Nobody Died at Sandy Hook,’ and DID NOT lose a defamation case

...On Tuesday, MarketWatch ran an Associated Press article under the headline, “Father of Sandy Hook victim wins defamation lawsuit against Alex Jones,” detailing a judge’s ruling against Moon Rock Books, publisher of the book, “Nobody Died at Sandy Hook, authored by Jim Fetzer and Mike Palacek.

“Alex Jones is the host of a conspiracy-driven Infowars website and wrote a book titled, ‘Nobody Died at Sandy Hook,'” MarketWatch’s sub-headline falsely stated.
MarketWatch’s article was subsequently picked up by Twitter’s trending algorithm and appeared for users searching the term “Alex Jones.”
While the mistake may have been in earnest, MarketWatch’s headline gives readers the impression Jones lost his landmark Sandy Hook trial, which made headlines over the weekend after Jones’ lawyer Norm Pattis explained the FBI was investigating the source of child pornembedded in spam emails turned over by Infowars for discovery.
The outrageous fake news is the latest in a slew of libelous attacks against Infowars by mainstream media outlets, many of whom went out of their way to slander Infowars by falselyclaiming Jones sent child porn to the families of Sandy Hook victims.
MarketWatch Caught In Huge Hoax
MarketWatch has published a massively false headline pushing the hoax that Alex Jones was sued about a book about Sandy Hook. Alex breaks down this fake news headline and lays out the facts.
https://www.infowars.com/ultimate-fake-news-psy-op-msm-falsely-claims-alex-jones-loses-sandy-hook-defamation-case/

SEN. JOSH HAWLEY TAKES ON BIG TECH CENSORS WITH NEW BILL THAT WOULD STRIP THEM OF LEGAL IMMUNITY

Paul Joseph Watson | Infowars.com - JUNE 19, 2019
Silicon Valley giants who have abused their power to censor conservative opinions could be in for a rude awakening if Sen. Josh Hawley’s new bill is successful.
https://www.infowars.com/sen-josh-hawley-takes-on-big-tech-censors-with-new-bill-that-would-strip-them-of-legal-immunity/ Sometimes, someone comes along with a great take on politics, even though that’s not their profession. Mike Rowe, the host of the great show “Dirty Jobs,” is a perfect example.
And so, it turns out, is Kevin Sorbo.
Sorbo starred in the 1990s in a slew of  “Hercules” TV movies, then acted in more than 100 episodes of “Andromeda.” More recently, he co-starred in the 2014 film “God’s Not Dead,” a Christian film in which he played an atheist college professor who required his students to disown their religions on the first day of his class. And in 2017, he directed and starred in the film “Let There Be Light.”
Sorbo has been on fire on Twitter lately, succinctly summing up seemingly complex political situations with clear and crisp insight.
Like this post on Twitter: “Not one feminist has defended Sarah Sanders. It seems women’s rights only matter if those women are liberal.”

Not one feminist has defended Sarah Sanders. It seems women's rights only matter if those women are liberal.

And yet they stay in the country they hate.

Gov. Mike Huckabee
✔@GovMikeHuckabee
Why do so many Dems want to be @POTUS of a country they don’t like much? They say USA was never great; it’s racist, sexist, homophobic, xenophobic; needs to be "transformed” into larger, more socialist version of Sweden. Maybe they should run for Pres there.

He’s also very funny. “Bernie Sanders walks into a bar and yells, ‘Free drinks for everyone!’ Cheers all around! Then Bernie says, ‘Who’s buying?’ “

Bernie Sanders walks into a bar and yells, "Free drinks for everyone!" Cheers all around! Then Bernie says, "Who's buying?"#BernieSanders #realDonaldTrump


And Sorbo started trending hard on the social media site after a string of insightful tweets.
“If women are upset at Trump’s naughty words, who in the hell bought 80 million copies of 50 Shades of Gray?” the actor wrote on Sunday.

If women are upset at Trump’s naughty words, who in the hell bought 80 million copies of 50 Shades of Gray?

Then Sorbo moved on to illegal immigration.
“68 people were killed in mass shootings in 2018. Did you know that about 2000 were killed by illegal aliens? Just saying. Build the wall. #BuildTheWall #BuildThatWall.”

68 people were killed in mass shootings in 2018. Did you know that about 2000 were killed by illegal aliens? Just saying. Build the wall.#BuildTheWall #BuildThatWall


And Sorbo commented on abortion, too.
“A party that supports abortion over Life, illegals aliens over its citizens, and refugees over its veterans is going to lecture me on morals. Don’t think so,” he wrote.

A party that supports abortion over Life, illegals aliens over its citizens, and refugees over its veterans is going to lecture me on morals. Don’t think so.


IF YOU'RE IN A SANCTUARY CITY, OR CLOSE TO ONE...EITHER STOP IT NOW, OR GET OUT BEFORE IT'S TOO LATE...

Immigration and Customs Enforcement (ICE) released a list of criminal illegal aliens who were released from jail due to sanctuary city policies, many of whom went on to commit other crimes


OBVIOUSLY, THIS ISN'T ABOUT DAMN DIVERSITY, BUT WIPING OUT REAL HISTORY... Biden Claims Not ‘One Single Hint Of A Scandal’ During Obama Administration. Here’s Eight Scandals Off The Top Of Our Head.

SOCIAL MEDIA'S DIABOLICAL WAR AGAINST YOU, AGAINST THE HUMAN RACE 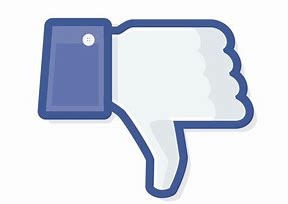 CONTRACTOR DIES, OTHERS FEAR FOR LIVES...


THE CAT-FOX, NEW SPECIES? THIS IS SO ULTRA-COOL...

Wildlife rangers in Corsica believe that felines they have been researching, known as "cat-foxes", are a new, as yet unclassified species

Wildlife rangers in Corsica believe that felines they have been researching, known as "cat-foxes", are a new, as yet unclassified species (AFP Photo/PASCAL POCHARD-CASABIANCA)
Asco (France) (AFP) - In the forest undergrowth of northern Corsica, two wildlife rangers open a cage to reveal a striped, tawny-coated animal, one of 16 felines known as "cat-foxes" in the area and thought to be a new species.
"We believe that it's a wild natural species which was known but not scientifically identified because it's an extremely inconspicuous animal with nocturnal habits," says Pierre Benedetti, chief environmental technician of the National Hunting and Wildlife Office (ONCFS).
"It's a wonderful discovery," he tells AFP, holding the feline -- called "Ghjattu volpe" in Corsican -- found in Asco forest on the French Mediterranean island.
While resembling a domestic cat in some ways, the ring-tailed feline measures 90 centimetres (35 inches) from head to tail, has "very wide" ears, short whiskers and "highly developed" canine teeth.
Other distinguishing features include the stripes on the front legs, "very dark" hind legs and a russet stomach. The dense, silky coat is a natural repellent for fleas, ticks and lice.
https://news.yahoo.com/corsicas-cat-fox-trail-may-species-023749857.htm