Condolences To the Russian People ... What Really Happened??? 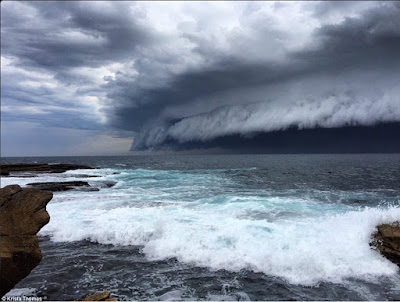 November yowls and mews, spunky spiffy Kitkats... have your Autumn groove on yet? ... the weather has been wonderful overall on the tame prairie, and this Big Cat is grateful for that... tonight the temps are supposed to be one degree over freezing... so, the house plants came in for the night... so, wow, kittens, the Kougaress has been going through some changes this past week... and has to make some lifestyle decisions, since she has so many caretaker duties now... which is one reason why her blogging has taken a backseat... plus, the muse was cooperative, and she got some more good writing accomplished.

Take special care, darling kittens, and watch out for each other. The world is blowing apart at the seams now. And remember, this Big Cat loves ya!
~~~~~~

So, good intentions be damned today. I'd planned to get this first draft of my chapter written and posted in a much more timely manner. But no such luck. I had to do an emergency fix-up job, and to do it, I had to dig through stuff to find what I needed... and so on, and so on... then, the day went wacky-busy from there.

Drev glued his gaze on Keina as she galloped over a flat stretch of ground. Her sheer beauty as winged horse bewitched him. No doubt, bewitched him.

Symone rode on his filly's back as if she'd been born to it. Earlier in the day, the two of them had gone on a long test flight, which had been declared successful.

Enchanted by the flapping of her pale glimmering wings, Drev watched Keina launch skyward. Her lush tail flowed like a silvery banner, and her magnificent wings strongly beat the air.

Drev felt his spirit soar with her.

Quicker than he liked, Keina and Symone become super tiny in appearance, a gleam against the star-filled night sky. The plan was to sharpshoot from on high.

Yep, definitely a business that could be found in Talbot's Peak.

Condolences To the Russian People ... What Really Happened??? ... first, the Kougaress is sad at heart, and offers her most sincere condolences over the tragic loss of the Russian people on the Egyptian flight... now, the question becomes who is responsible... obviously, it wasn't a crash... even the lamestream media whores can't maintain that story, and have gone with the whole bomb on board theory... one could ask, WHO HAS THE MOST TO GAIN by this heinous attack? Was it the western-funded ISIS terrorists... if so, who gave them their so-called bomb and/or missile marching orders? ... if it wasn't in fact ISIS, was this a proxy-war attack against Russia by NATO, or some other Western military, and on the orders of WHO? Also, some have suggested Putin could have orchestrated this as a false flag attack on his own... thus, to gain more justification for being in Syria, and continuing military action in the Middle East... Ultimately, what matters is THE TRUTH, the story behind the story... in this day and age of TRUTH REVELATIONS the real truth of what happened will come out... however, you can bet it won't be the presstitute media reporting what actually occurred... it will be up to the truthtellers in alternative media... meanwhile, the Russian people, all people – the good, the innocent among us – get to suffer. What a crock! Thanks globalist warmonger creeps.
~~~~~~

THIS IS AN AMAZING PHOTO!

WINDOWS 10, WORSE THAN YOU THOUGHT...

WINDOWS 10 TO AUTOMATICALLY DOWNLOAD ON YOUR PC Those running updates will have it downloaded and will be prompted to install ~wind.com~

Alert: Microsoft Admits Windows 10 Automatic Spying Cannot Be Stopped
CONTRIBUTOR: Voice of Reason. Once AGAIN, all those screaming “Conspiracy Theorist” at those us telling you Windows 10 is spying on your EVERY move have been proven correct. Now in a recent article in Forbes, Microsoft confirms as much. That makes it something like: Conspiracy Theorists: 1,345,002 The Uninformed: 1 Or do the uninformed... ~beforeitsnews.com~
~~~~~~

YEP, BY STEALTH THE IDJIT-BLACKMAILED CONGRESS PASSED A HORROR OF A BILL WHICH DENIES EVERYONE PRIVACY ON THE INTERNET...

The Trojan Horse Traitor Who Is Rarely In the White House... WAKE UP, AMERICA!!!***

ARTICLE: "Obama and His CIA Family are the Manifestation of a Multi-Generational Soviet Plot to Destroy America
October 31, 2015
by Dave Hodges
Talk show host, Dan Cofall, recently asked me a question that many readers have also asked.
Why would Obama allow Russian soldiers into the country during a period of time that World War III seems like a certainty and Obama seems to be preparing to go to war with the Russians?
I agree that that on the surface, this seems like a gross contradiction in facts, unless of course, one considers that Obama is a traitor to the American people and is an active participant in the demise of the United States. This notion gets legs when one considers that Obama is scaling down the American miliary to pre-World War II levels at the precise time that America should be beefing up its defenses in preparation for war that will likely kick off in Syria. In short, Obama is playing for the other team. His objective of fundamentally transforming America, includes throwing the United States of America to the wolves. He is the modern day manifestation of Benedict Arnold.
http://www.thecommonsenseshow.com/2015/10/31/obama-and-his-cia-family-are-the-manifestation-of-a-multi-generational-soviet-plot-to-destroy-america/
~~~~~~

HOW SICKO AND BRAIN-PERVERTED DO YOU HAVE TO BE???

Just One Teaspoon of This Spice Boosts Weight Loss by 50%
Green Med Info - The peppery spice cumin appeared in the Bible as a seasoning for soup and breads. The seeds were paid to priests. And in ancient Egypt, cumin was used to preserve the mummies of pharaohs. Now a new study shows cumin may also help you finally burn off those extra pounds.... The authors speculated that cumin's weight loss benefits may come from its heat. It may temporarily increase metabolic rate. Cumin also significantly reduced blood lipid levels. Triglycerides dropped 23 points compared to only five points in the control group. And LDL cholesterol dropped an average of 10 points compared to less than one point for the controls.
~~~~~~

Let freedom ring for everyone on planet Earth, and let LOVE guide the way...