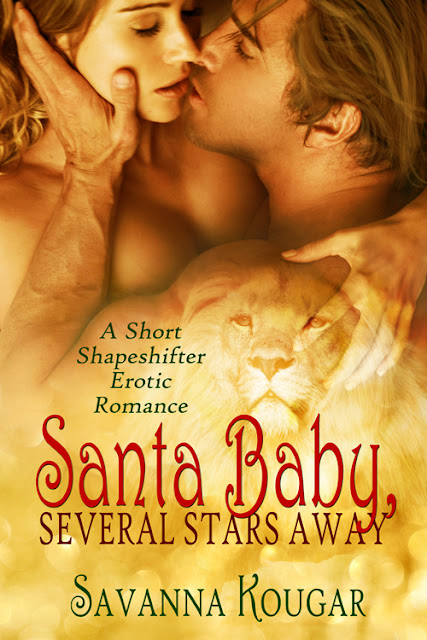 Consumed by curiosity, Kaily gives herself to a mystery man for Christmas.

Will Dylan be able to resist her waiting naked, but gift-wrapped beneath his tree?

Chapter One:
Santa Baby, Waitin' Just for You

Rarely reckless, Kaily flung off the negligee she'd first thought to wear. It landed in a red ephemeral heap beside the tastefully trimmed Christmas tree.

So what if she'd just broken into his house...well, she hadn't exactly broken in...more like she spied on him until she found out where he hid the extra key...lodged in a crack of the frame above the door of the Victorian mansion he'd resurrected from certain crumbling death, and now obviously treasured

There was only one thing Kaily could see amiss in the traditional holiday atmosphere he'd created with the help of the town's local historical club a garish red ribbon. The long sash had a simple bow attached to one end, and practically shone despite the low lighting.

Kaily stared at the unexpected invitation.

Certainly, the river of red ribbon didn't belong on the floor as a decoration, and she couldn't see anywhere else it belonged...except wrapped around her.

Kaily has been consumed by curiosity ever since Dylan suddenly appears in her small town. Surreptitiously, she watches the mystery man restore a rundown Victorian mansion, all while his charm and sincerity gain him the good will of most everyone. This is especially true when he volunteers to become the annual Santa Claus for the children at the town's park.

The problem for Kaily: No one really knows anything about Dylan's past or where he came from. With her attraction to him growing day by day, she becomes a driven woman. On a desperate whim, she gives herself to him as a Christmas present. Will Dylan be able to resist her waiting naked, but gift-wrapped beneath his tree?
~~~~~~

Available for 99 cents at ~


Have the merriest of holidays!


Savanna Kougar ~ Run on the Wild Side of Romance ~